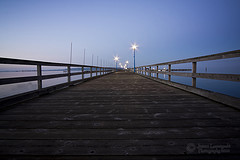 A while ago Seth Godin wrote a piece about the exponential cost of information the closer you get to the source. The earlier you want information, the more it will cost you. If you’re willing to wait, you can get that information for a much lower cost.

One curve that I tried applying to the social media sphere is time and attention, with the idea being that the sooner an organization takes action on a social media platform, the easier it is to get more publicity.  Just like was covered in some more Godin reading in The Dip, the rewards for being first, or #1 are exponentially higher than any other position.  Simply being first to take action in a social channel, no matter how big your action could be rewarding.

As different platforms mature and get older and more recognized, there will already have been so much talk about the specific platform, and talk of other companies efforts that your organization will have to go beyond to get noticed. So the rewards are easier to capture the sooner you act before others.

Taking this approach is a gamble, as is everything else, but the investment is the time it takes to listen for new services when they come out, and creating a presence on those services. It’s a gamble between investing time early into a service that might flop and die, or investing time early into a service that will live long and that will pay dividends as consumers take up the service.

Along with an investment in time, the payback from the “adopt quickly, adopt early” approach seems to be between a positive return, or neutral return.

2 replies on “Getting More By Acting Early in Social Media”

Ya that sounds exactly like what I'm saying… Everyone knows that you need to do *something* for the benefits to flow in – and a very very safe bet is to simply take small steps early. Starting small and build from there doesn't alienate people like spamming/selling on the networks does.